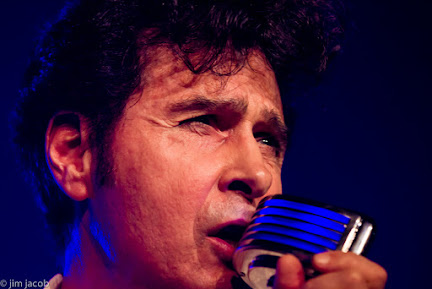 Raised in rural Arkansas, Tav Falco formed the first incarnation of Panther Burns in Memphis in 1979, offering an artful mix of punk, garage, rockabilly and "art damage" influences, and sharing stages with the likes of The Cramps and The Gun Club. Legendary friend and mentor Alex Chilton (ex-Box Tops and Big Star) orchestrated their acclaimed debut long player Behind the Magnolia Curtain for Rough Trade Records, before going on to produce the next three Panther Burns albums, using vintage Memphis studios such as Ardent, Sam Phillips Recording and Easley McCain.
Tav Falco & Panther Burns have been cited as an influence by everyone from Jon Spencer Blues Explosion to The Fall, Spacemen 3 and Spiritualized. "Renegade Tav Falco explores a highly personal vision of rock n' roll," enthused Edwin Pouncey in The Wire in November 2014. "Possessed by a wide range of influences that range from country and blues, novelty numbers and punk rock, to La Monte Young styled drone. But Falco has earned the right to stand shoulder to shoulder with the musicians and artists he so fervently admires."
Robert Palmer of the New York Times declared of Falco: "He is a singer, guitarist and researcher of musical arcane who hasn't let his idiomatic mastery and increasing technical expertise compromise the clarity of his vision."
"Tav Falco has spent much of the past two decades crafting a revisionist pop culture history," said David Sprague in entertainment bible Variety. "He was post-modern when post-modern wasn't cool."


A permanent move to Europe in the late 1980s saw Tav based first in Paris, then Vienna, and an expansion of Panther Burns' raw garage sound to embrace Stax, lounge and even Argentinean tango influences (Falco is an accomplished dancer, as well as a photographer and filmmaker). His new set Command Performance was realized in Rome in 2014, and tops an extraordinarily rich back catalogue covering four decades and a dozen studio albums. 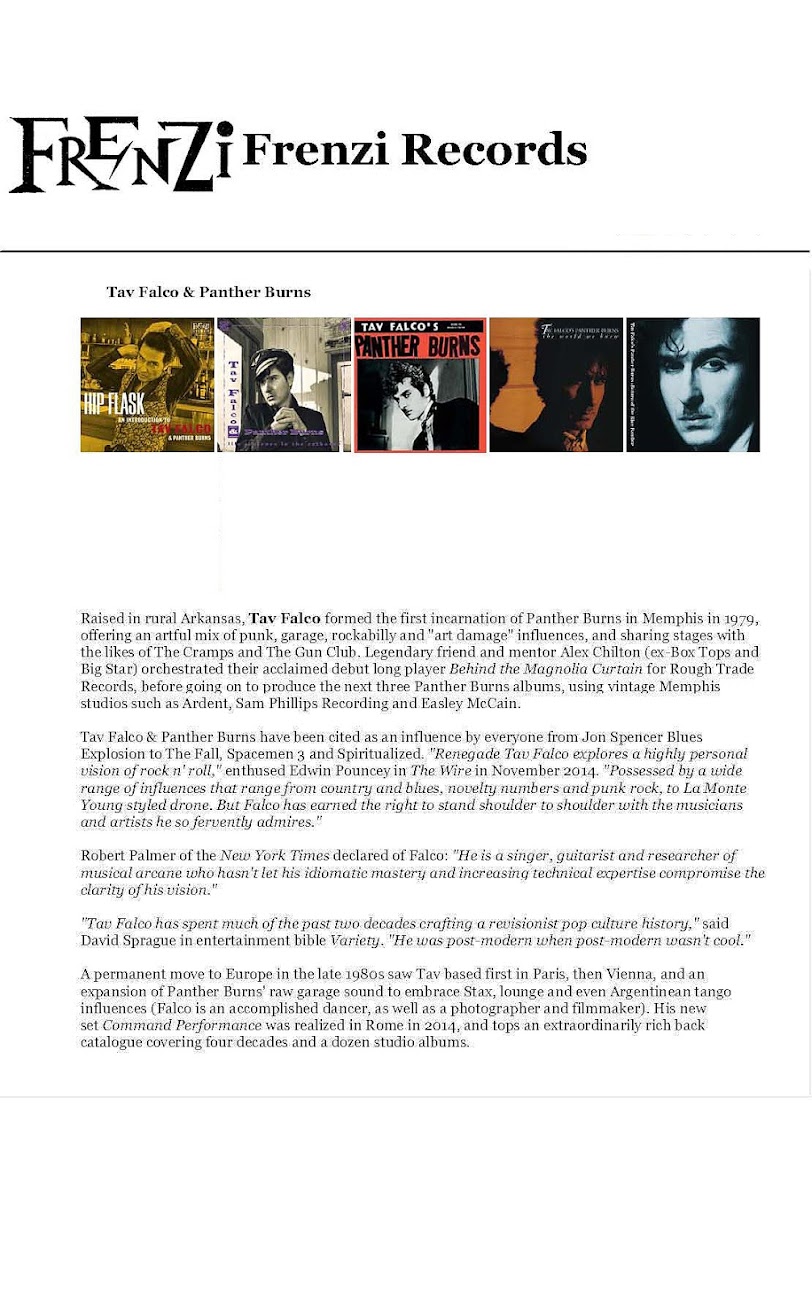